Determinations since Antiquity with special consideration

The problem of predicting the moment when, after conjunction, the new crescent will become visible (first lunar crescent) is both astronomical and physical. Although realized already by Ptolemy, the actual solution never did go much beyond the well-established Babylonian rule of thumb that the moon cannot be seen earlier than one day after conjunction. The earliest astronomical criterion for visibility of crescent appeared in the Babylonian era: the crescent age after conjunction must be more than 24 hours, elongation (the angle to the sun) must be more than 12° or the moon sets 48 minutes after sunset. The ancient Hindus (compendia Surya Siddhanta and Pancha Siddhantika) developed a more sophisticated calculation system with the same criterion of 12 °.

Early muslim astronomers also looked for theoretical solutions for the visibility of the Hilal. After opening of wide territories of infidels between al-Andalus and al-Hind for Islam (futuh فتوح ), it was necessary to carry out these calculations in connection with Hilal. In sense of this situation and as a religious obligation, got promoted a rapid development  of mathematics and astronomy  by early muslim scientists.  Notably Ya’qub ibn Tariq, Habash, al Khwarizmi, al Farghani, Sufi, Kashani, al-Battani and al-Biruni (who recommended al Battani’s procedures in Handbook of astronomy) excelled in mathematical astronomy, developed rules for predicting the crescent’s visibility based on the importance of the crescent’s width and still quoted the early Babylonian elongation criterion of 12°.

Modern astronomical research made significant developments in criterion for visibility, but basically confirmed the correctness of al-Battani. Visibility also depends on many other criteria, but the limit range for visibility with naked eyes during elongation is between 10° and 12°. In the evening after the conjunction, the angular distance of the moon from the sun can already be over 7°, so that after sunset, under favorable conditions, the young crescent moon becomes visible shortly before its acronycal set. Visibility is only possible with optical instruments because the crescent of the moon is very weak and the sky is still much too bright. In addition, the atmospheric reflections on the horizon are also a disturbance factor. The greatest influence on the visibility of the narrow crescent moon is therefore the angle that the connecting line between the sun and the moon forms with the horizon (elongation, arc of separation). It depends on the latitude and the season, as well as the current position of the moon in relation to the ecliptic.

Because these conditions did not exist in Kappad on April 12th at 6:37 pm, a sighting with the naked eye was (most likely) not possible. The moon set only 20 minutes after the sun, the angle to the sun was only 7.44°, the sky on the horizon was still far too bright and the extremely narrow crescent of the moon could only be determined with a telescope or binocular. 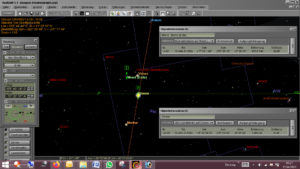 Fig. 1. Kappad on April 12th at 6:37 pm, a sighting of first lunar crescent with naked eye was (most likely) not possible. 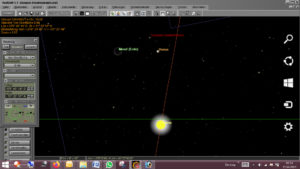 Fig. 2. Kappad on April 12th at 6:37 pm. The first visibility of crescent starts in early evening on April 13th.